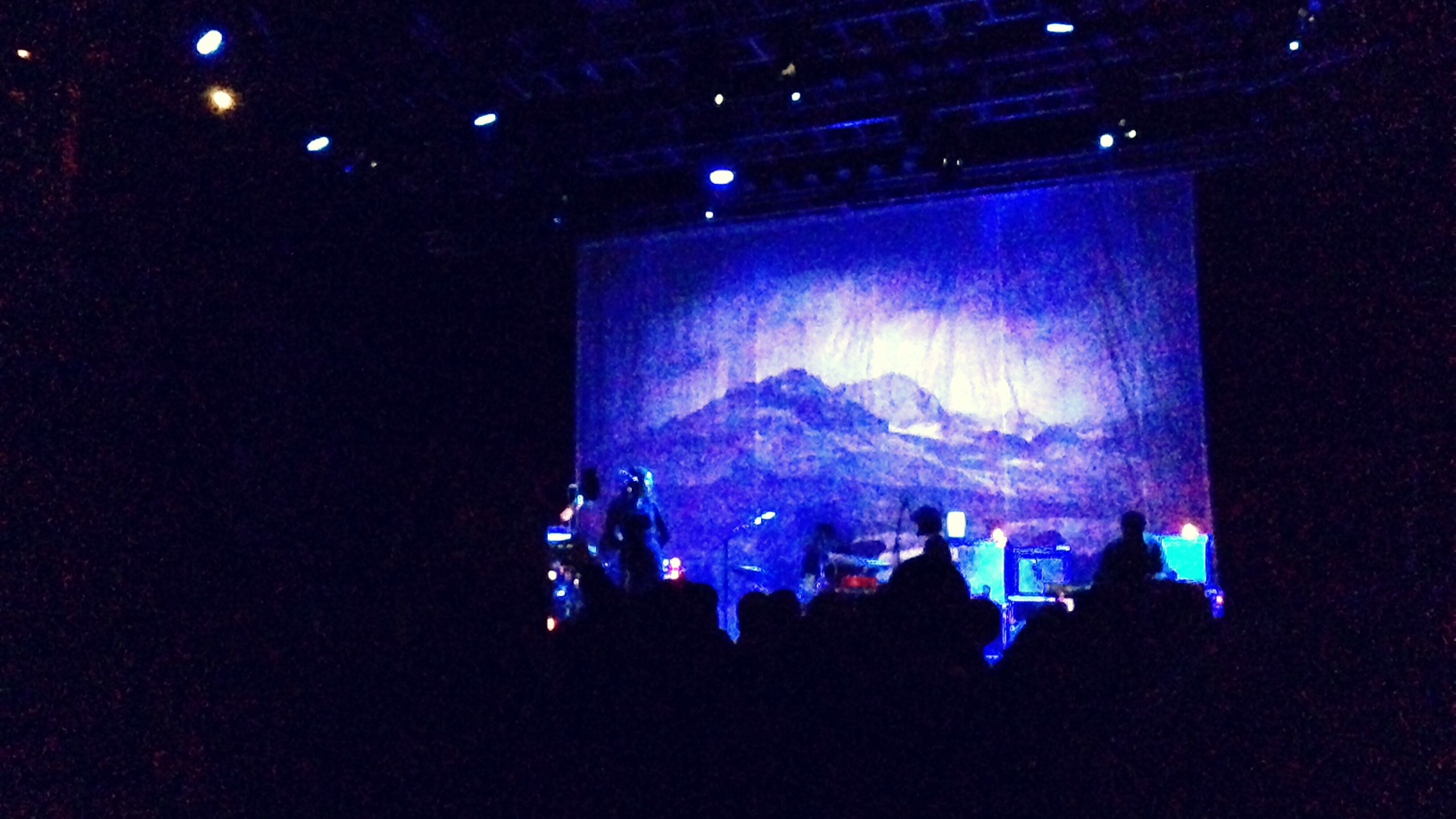 UPDATE: I wrote my original post about 48 hours after the show. My short term memory failed me and as a result I was unduly soft. My take on the music stands; but not on Hope Sandoval's stage presence. I initially chose to go along with what people have referred to as "stage fright" and shyness. What dawned on me as a few more days passed was how I forgot about how Hope shielded her face from a would be photographer and how the bouncers were walking around with unusual vigilance telling people to put their phones down when they were being used as cameras. I'm not going to take issue with this artistic policy directly, but when put along side the other weird behaviors of Hope I originally mentioned, I'm now willing to believe her supposed shyness is more about her ego and some sense of self importance. In the end, the stage presence was nothing short of odd.

The only audible words I remember hearing from Hope Sandoval on Saturday night came half way through Mazzy Star's main set and they were: "Don't you just love this music?"

I didn't really know a thing about Hope's long standing record of barely-a-whisper performances. Apparently they started back when Mazzy Star was really on people's radar. Without that knowledge, I have to say I was off put. While the music and setting were quite warm, the lack of even a hello made me scratch my head. All I could think is that these guys think they're pretty important, which given the band's history didn't make much sense. And then that line above...

...which I completely misjudged. It took an extra second, but I eventually processed that she was referring to the the odd pre-recorded interludes that got played in between each of their songs. She wasn't referring to their music after all (unless they also made those interludes). I then compensated for what was perhaps a conclusion that need not be jumped to--I just accepted that audience interaction wasn't part of their show and decided that that fact wasn't worth sacrificing my potential enjoyment.

MS had some very fitting and well done installation/visuals to go with their music that matched up well with the warm, romantic, candle lit stage. The live arrangements had a lot of nice texture with some keys and synths, a violin, a pedal/lap steel guitar, and all the usual suspects. They also did a double encore, which remarkably didn't feature Fade Into You. But of course, they had scratched that one of the list much earlier in the evening.