This show gave me hope!  Over the past two years, I've seen so many electronic-aided shows that just plain sucked that I was about to draw a strict line--on one side would be those music artists that are worth seeing live (because they play more traditional instruments and make minimal use of computers) and, on the other, those artists who just don't stand a chance in hell of doing anything as pleasing as what they can do with their recorded music.  At Paris' Olympia Theatre in Opera, Ratatat showed that it doesn't have to be that way.  You can play some instruments and rely on a ton of electronics/computers, and still put on a fun and intriguing show--and it can display actual musical talent too.

Ratatat, as you probably know, is a two piece and that's all that was there on this night.  They didn't bring in a band or anything to fill out what they couldn't do.  Instead, many parts of the show included holograms of themselves playing much of the music that men with only two hands can't possibly do at once.  And, for their live parts, they switched it up all over the place from song to song.  Sometimes one or the other was on a guitar, sometimes on some drums, or some other times on a synthy thing.

Aside from the instrumentation, they nailed the presentation too.  The visuals were captivating.  Some things clearly required expensive, technical equipment (e.g, the aforementioned holograms), while others were simple and smart uses of light and physics (e.g,. well choreographed 30 foot tall shadows of themselves playing guitars that made them out to be the closest thing to rock gods I can imagine).

I heartily recommend both their live shows and most of their recorded work. 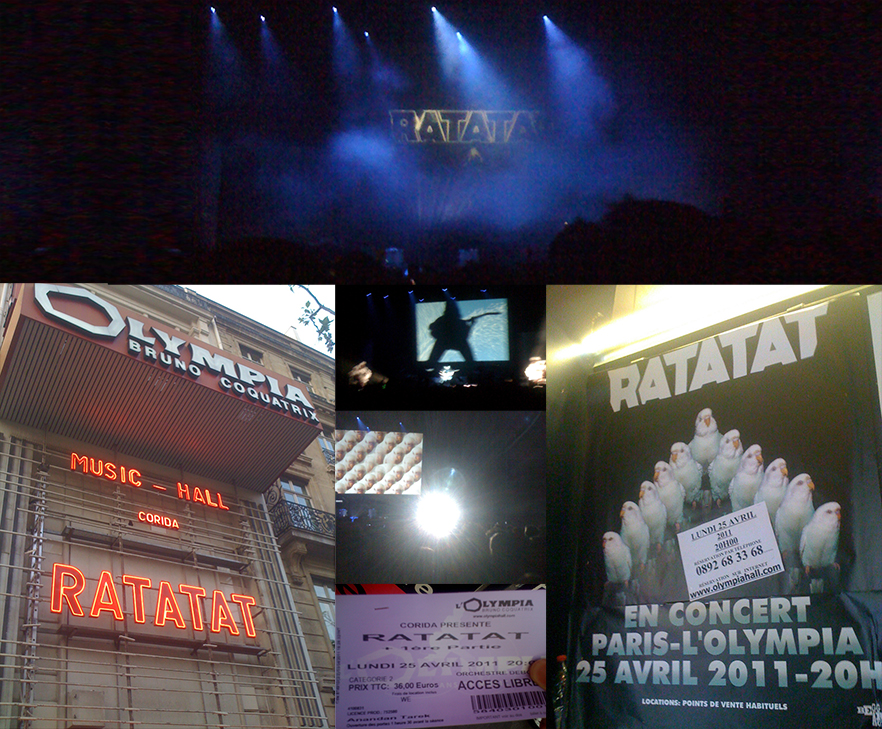